G.A.B.O.S (Game Ain’t Based On Sympathy) is an ambitious and powerful 13 track LP from Delaware emcee Akee Fontane.

Gritty and dangerous, just like his upbringing in Delaware, G.A.B.O.S is a decisive, fiery, and impact-full project meant to shed light on the crime within the area. Also, it’s a recount of African American struggle and color-ism within the state which relates to current issues in mainstream America.

For this LP, he only had one feature from fellow emcee G-Baby. He did that because Akee wanted to showcase his own musical talent.

Fontane, in his own words “put his heart, sweat, and tears into curating  album where it’s bigger than him chasing the dream of music.” The dream of being able to give back to his home state and use music as a tool of healing his community is what drives him.

Along with the new project, he his helping local community shelters by raising money up for holidays dinners. Fontane did this because he remembers growing up without food in his house so he doesn’t want other people to go through the same issues he had.

With great passion, pain, and prominence, G.A.B.O.S is a must add for your music libraries and playlists. 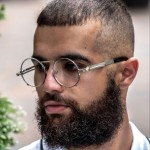