Between navigating weird concepts such as Shadow Banning and constant algorithm changes, Instagram has become a fairly difficult place to break new music and reach a new following, let alone build an existing one. But for L.A. artist DeVon True, the quality of his music has afforded him a unique social media hall pass leading to the viral success and the streaming wins he and Que The Poet secured with their fan-favorite “Odyssey,” visual single.

Nearing 400K streams on Spotify, “Odyssey” has exploded into a world of its own and drawn in a healthy community of social media content creators into the orbit who are driving the popularity of the track on video at a time.

With hundreds of dance videos and challenge videos accumulating each week on popular platforms such as TikTok and Instagram, DeVon True Que The Poet recently broke into an entirely new market due to Korean freestyle dancer Yool Wxnder’s viral choreographed routine to “Odyssey.”

With well over 150K hits on the clip, DeVon True’s “Odyssey” has quickly become a hit on Yool’s profile, just as the Korean dancer was recently co-signed by Dreamville rapper Bas.

Forming a creative cohort in their Hollywood home with producer KUJO, DeVon True locked in for the majority of the pandemic and emerged in 2021 equipped with a musical vault teeming with vibrant hits. In addition to “Odyssey,” DeVon True and Que The Poet have unleashed multiple noteworthy vibes including “Margarita” which has a standout visual, also.

DeVon True also become a seasoned producer and consulting collaborator for a number of rising stars in the industry including Meek Mill’s Expensive Pain collaborator Vory.

In an exclusive Instagram live conversation with DROPSMEDIA last week, DeVon True revealed he has a collaboration on the way with Vory in addition to his plans for releasing new music and even more neck-snapping visuals before the end of the year.

Watch the full video for “Margarita” below. 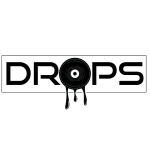