North Carolina defeats Duke in the Final Four. Will Face Kansas in The National Championship 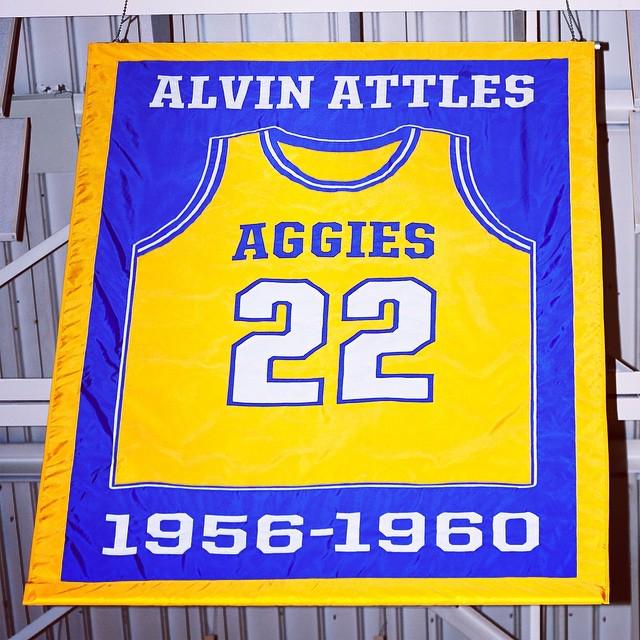 HBCUs have not only birthed great athletes they have also seen the emergence of great head coaches or great players turned great head coaches. Among these great coaches is Al Attles a former NBA player and Hall of Fame basketball out North Carolina A&T.

Attles attended North Carolina A&T from 1956-1960 where he earned his Bachelor’s degree in Physical Education and History and later his Master’s Degree in Curriculum and Instruction.

While at NC A&T, Attles also played college basketball for the Aggies as a point guard scoring 955 career points at the school and leading the team to two CIAA Championship wins. He also led the Aggies to two NCAA Tournament appearances including making it to the Final Four in the 1959 tournament.

Following the end of his college career, Attles would enter the 1960 NBA Draft where he was drafted by the Philadelphia Warriors (now Golden State Warriors) in the fifth round.

Al Attles|6ft Guard| 1956-1960.Attles led North Carolina A&T State to 2 CIAA championships,scoring 955 points for his career.Known for his ball-handling and defense, he was a 5th round draft pick of the Philadelphia Warriors. He has obtained his B.S in Physical Ed @ncatsuaggies pic.twitter.com/g2O0LOcRjO

Al Attles would play his entire 11-year career with the Warriors teaming with future Hall of Famers Wilt Chamberlain, Rick Barry, Nate Thurmond and Guy Rodgers at one point in his career. He went on to appear in two NBA Finals with the team in 1964 and 1967 though unsuccessful in both attempts against the Boston Celtics and Philadelphia 76ers respectively.

At the end of his NBA career, Attles held career averages of 8.9 points, 3.5 rebounds and 3.5 assists. In 1977, the Warriors retired his jersey

Al Attles career in coaching began during his playing career serving as an assistant coach for two season from 1968-1970 for the Warriors before being promoted to head coach in 1970.

Attles led the Warriors the playoffs in each of his first three seasons as head coach of the team including leading them to their first 50-win season in franchise history during the 1971-1972.

After missing the 1974 NBA Playoffs, Attles helped the Warriors bounce back not only leading them back to the postseason, but leading to their third NBA Finals ever and their first since 1967. There, the Warriors would beat the Washington Bullets (now Wizards) in a sweep to claim their first ever NBA championship.

Former Warriors head coach Al Attles made a rare appearance at practice. Attles, who coached the Warriors to the NBA championship in 1975, hopes to attend Game 3 of the NBA Finals on June 5, reports @ronkroichick. https://t.co/PzmaIvoJGZ pic.twitter.com/v7GQNYGpYA

In the following season, Attles led the Warriors to a 59-23 record setting a then team record for wins in a season (eventually broken in the 2014-2015 season when the Warriors finished with a 67-15 record).

Attles would go on to coach the Warriors until the 1982-1983 making the postseason two more times. He ended his coaching career with an overall record of 557-518.

Al Attles is one of only five head coaches in Warriors history to serve as head coach for the NBA All-Star Game and one of two to do it more than once (Steve Kerr).

Al Attles, a member of the #Warriors organization for 50+ years, is honored with the Bunn Lifetime Achievement Award pic.twitter.com/VH3nziPubZ

Al Attles has been part of the @warriors family since 1960, when he joined the then-Philadelphia Warriors as a draft pick from North Carolina A&T. His 59-yrs with the franchise as player, coach, exec. & community ambassador, is the longest current streak in the NBA. #19HoopClass pic.twitter.com/Xb2xWGqLtP