As the coronavirus pandemic continues, Maryland Governor Larry Hogan announces the state would move forward with stage two of reopening on Friday.

“Moving into stage two does not mean that this crisis is behind us, or that we can afford to stop being vigilant and cautious,” Hogan said at a press conference in Annapolis on Wednesday. This is apart of Governor Hogan’s Maryland Strong: Roadmap to Recovery plan to get residents back to their normal lives safely.

Effective June 5th at 5 p.m., the order requiring the closure of non-essential businesses will be lifted. This includes manufacturing, construction, large and small retail shops, specialty vendors, wholesalers, warehouses, and offices. Nail and tanning salons are also included but at 50% capacity, and only by appointment.

Starting on June 8th, the state government will return to regular business hours. The MVA and other customer-facing agencies will open select branches, plexiglass dividers, and face coverings will be used.

Both counties entered stage one on Monday and have announced they will hold off on moving into phase 2. Currently, Prince George’s County has 15,940 cases and 556 deaths, Montgomery County comes right behind them with 12,226 cases but with 596 deaths. This adds to Maryland’s 55,858 confirmed cases, and 2,546 confirmed deaths.

“While we’re excited to get much of our economy restarted, I want to be very clear just because Marylanders can return to the office doesn’t mean that they should, and employees who can telework should continue teleworking whenever possible, and safety must remain a top priority for every single business in our state,” said the governor.

In the past days, many residents have been protesting in large groups against police brutality and the injustices of African Americans in the U.S. after the death of George Floyd, Breona Taylor, and others. Although Hogan is encouraging people to fight for their rights, he is also concerned about protestors not practicing social distance.

“I am concerned that so many people are gathered so closely together, and we have free coronavirus testing widely available in every jurisdiction. I would encourage people that if you were near a whole lot of people that you should take advantage of that,” said Hogan.

Hogan stated the next steps are for a “graduate return to more normal transit schedules” and safely expanding more childcare centers, amusement parks, sporting, and fitness activities as parents return to their jobs. 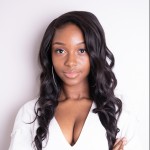 Ya-Marie Sesay is a graduate student at the University of Maryland pursuing her Master’s Degree in Broadcast Journalism. She received her Bachelor of Arts degree in Journalism from Hampton University in 2018. As a Maryland native, being surrounded by so much talent has influenced her to tell the untold stories of others. Ya-Marie enjoys feature stories, local stories, and visual storytelling through video.

Ya-Marie Sesay is a graduate student at the University of Maryland pursuing her Master's Degree in Broadcast Journalism. She received her Bachelor of Arts degree in Journalism from Hampton University in 2018. As a Maryland native, being surrounded by so much talent has influenced her to tell the untold stories of others. Ya-Marie enjoys feature stories, local stories, and visual storytelling through video.

View all posts by Ya-Marie Sesay →

Washington, D.C.'s very own @BLACCHYNA has teamed up with @TooShort & @KeakDaSneak on her brand new single "My Word". - Read Full Story Here: https://bit.ly/3l2iDBs

Wishing a Happy 35th Birthday to the king of auto-tune @TPAIN 🎈. What’s your favorite T-Pain hit?

Please stop with the comparison. No one is better than Jordan, Kobe was the closest thing to him.