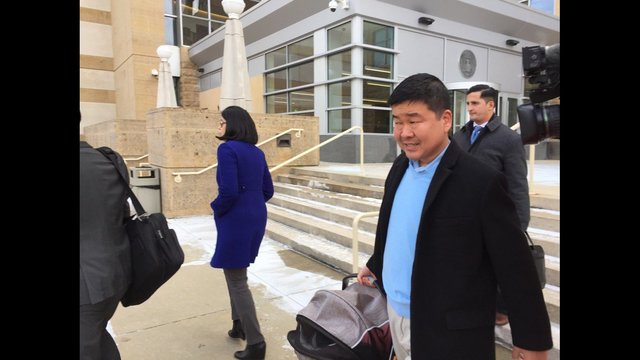 GREENBELT, MD. – For the last two and a half years, the Director of the Prince George’s County Liquor Board has been under FBI wiretap surveillance.
David Son was in court Monday in regards to the FBI’s corruption probe of the Prince George’s County liquor board. Son attended a detention hearing at the federal courthouse in Greenbelt where he was released on the condition he remains at home for 24 hours.

Son was accompanied in court on Monday with his wife and relatives.

Prosecutor: FBI had Director of the PG Liquor board under surveillance with a wiretap for 30 months. pic.twitter.com/GceaJyL5FB

David Son has been charged for facilitating bribes starting from 2007 .

The document states in recent years he worked with a former elected official, a current state delegate and a lobbyist with liquor store clients in making things happen in return for cash.

The FBI says the bribes usually totaled in the thousands, with $5,000 bribes mentioned the most.

The prosecutor in the case said in court Monday there are hundreds upon hundreds of hours of videos. Son has been accused of witness tampering and obstruction of justice.