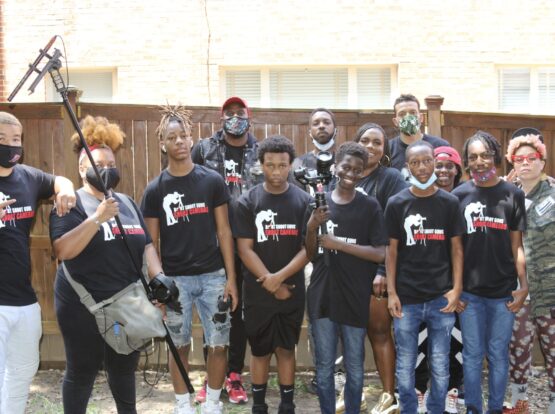 Far too often in Washington DC, we see gun violence happening over and over. Look no further than five days ago in Southwest Washington DC as police investigated a multi-person shooting with five victims at 7-11. In 2015 while shooting a music video outside a Seat Pleasant, MD apartment rapper Keaway Lafonz Ivy was gunned down at the age of 21. That young man was comedian Rodney “Red” Grant’s cousin. That’s why this summer the comedian Rodney “Red” Grant went straight to work to help out the kids in the community.

In 2003 while Grant was working at BET he thought of the idea to help kids make shows. After that tragic event took place Grant began “Don’t Shoot Guns, Shoot Cameras”. The program is hosted by Grant and former NBA player Matt Barnes for one week.

Before the pandemic, Grant had planned  to partner with schools so all the kids could get involved as well but those plans changed once kids were learning from home instead. Grant said, “Being from D.C., being from Southeast and Northwest and a couple other places, and being an entertainer who was able to get out and see things, I wanted these kids to have that experience”. Grant was able to partner with Hustler Guild. Hustlers Guild is a nonprofit and its mission is to support and develop black and brown students from financially distressed communities to drive innovation that will impact the future. The nonprofit host several programs to help everyone in the community. If you wanna support their mission, donate, or learn more. Please visit https://www.hustlersguild.org