Khris Middleton led the way with a team-high 15 points and made two free throws with 2.1 seconds left. With nine seconds left Turkey had two different players attempting free throws. All four were missed and their chance to seal the victory slipped.

Kemba Walker added 14 points with five of them coming in overtime. Jayson Tatum suffered a left ankle sprain and will be reevaluated this Wednesday.

Ersan Ilyasova led Turkey with 23 points and caused problems on the defensive end for Team USA.

Team USA will advance to the second round of the FIBA World Cup. Their current winning streak in the World Cup and Olympics is 44. Their streak may be in jeopardy if their offense isn’t tweaked. On two-point field goals, they shot 30% and for three-pointers, they shot 35%.

Walker, Mitchell, and Tatum combined for 8-32 shooting. The second round starts this weekend in Shenzhen, China. 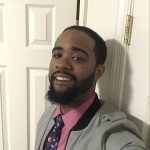 1 week ago The DMV Daily Staff