State lawmakers gave final approval Monday to legislation that will end capital punishment in Virginia, a dramatic turnaround for a state that has executed prisoners for years coming in second as Texas leads in executions.

The legislation repealing the death penalty now heads to Democratic Gov. Ralph Northam, who has said he will sign it into law, making Virginia the 23rd state to stop executions. Northam endorsed the effort before the 2021 General Assembly session. Governor Ralph Northam says “It is vital that our criminal justice system operates fairly and punishes people equitably. We all know the death penalty doesn’t do that. It is inequitable, ineffective, and inhumane.

Virginia has a history of the death penalties dating back to 1908 with its first electrocution taking place. Virginia has executed more prisoners than any other state in the modern era. The southern state has not executed any prisoners since 2017 with Ricky Gray being the last. Ricky Gray who famously was apart of the 2006 Richmond spree murders was convicted and executed on January 18, 2017. 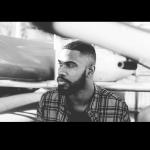 Kelvin Prather is a writer born and raised in Washington DC. He graduated from UCLA in 2019. He believes in empowering his community through journalism.

Community Testimonials/Interviews/Story of the Week

By Abu Sillah / April 13, 2021
Community Testimonials/Story of the Week