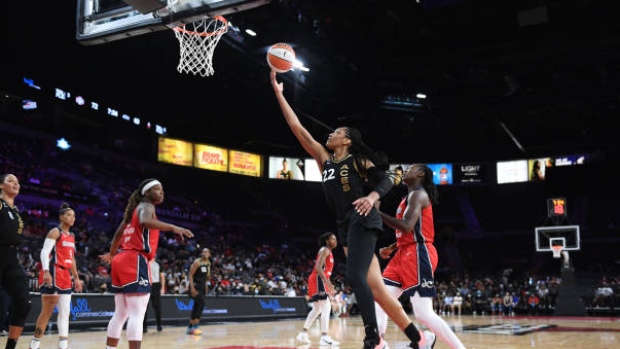 The Washington Mystics saw their 21-point lead evaporate and ended up losing to the Los Vegas Aces 84-83.

The Mystics were looking sharp and efficient were up big on the road against one of the best teams in the WNBA up until the second half. As fans know though, basketball is a game of runs and the Aces turned the tables quickly.

The Aces went on a 20-5 scoring run in the third quarter and finished the game on an 11-2 run that includes the game-winner by point guard Chelsea Gray. The stepback by Gray gave the Aces the first lead since the first quarter as well.

In the fourth quarter, the Mystics were outscored 29-14 and gave up 49 totals points in the second half. Liz Cambage, A’ja Wilson, and Jackie Young combined for 51 out of the team’s 84 points.

The Mystics on the other hand were lead in scoring by Ariel Atkins and Tina Charles with 20 points. Myisha Hines-Allen also contributed 16 points, while Natasha Cloud had 11.

The Mystics are now 8-11 on the season and will face off against the Las Vegas Aces (16-6) again on Tuesday.

Atkins and Hines-Allen had this to say about the defeat:

“It’s upsetting. I feel like we kind of had a similar situation back at home when we played them. We know how good we are. I think, for me, that’s the frustrating thing. We’re trying to find ways to put it all together for four quarters. I think that’s the consensus of what we all see. Yeah, we’re good. We know we’re good. We have to put it together for four quarters.

“We went back to how we used to play into bad habits and got away from what we were doing well in the first half. A lot of our buckets in the first half were coming off defensive stops. So our defense, I think the second half, we let up a little bit. And this is a great team. You can’t let up on a great team like this because they can score from all positions.” – Hines Allen

The Mystics are now 8-11 on the season and will face off against the Las Vegas Aces (16-6) again on Tuesday.