The shot clock is counting down and Elena Delle Donne has the ball isolated on the right wing. She sized up the smaller defender creating space with a quick spin move into a fadeaway jumper to ice the game.

The Washington Mystics defeat the Las Vegas Aces in game one of the WNBA Semifinals 97-95.

The turning point in the game was after Kristi Toliver drained a step-back three-pointer to close out the third quarter. With momentum on their side, Toliver would provided a much needed spark, despite being out since August with a knee injury, to help the Mystics extend the lead to double digits in the fourth quarter.

However, the fourth-seeded Aces would not go away easy as they would cut the lead to two points under one minute left. Kelsey Plum pulls up a mid-range jumper leaning into Delle Don trying to create contact to draw a potential foul which does not get called. The shot misses wide left off the backboard with no foul called and the clock expires.

The Aces won’t hang their heads after losing this game due to their balanced scoring. A’ja Wilson led the way with 23 points and 7 rebounds. Kayla McBride and Liz Cambage both scored 19 points each. Cambage earned a double-double gathering a game-high 12 rebounds. Kelsey Plum also chipped in 16 points, 7 rebounds, and 9 assists.

The Mystics will look to take a commanding 2-0 series lead over the Aces with a win in Game Two of the WNBA Semifinals on Thursday, September 19 at 8:30pm ET. 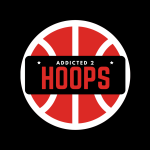 College Football Hall of Fame in Atlanta Destroyed by Protesters