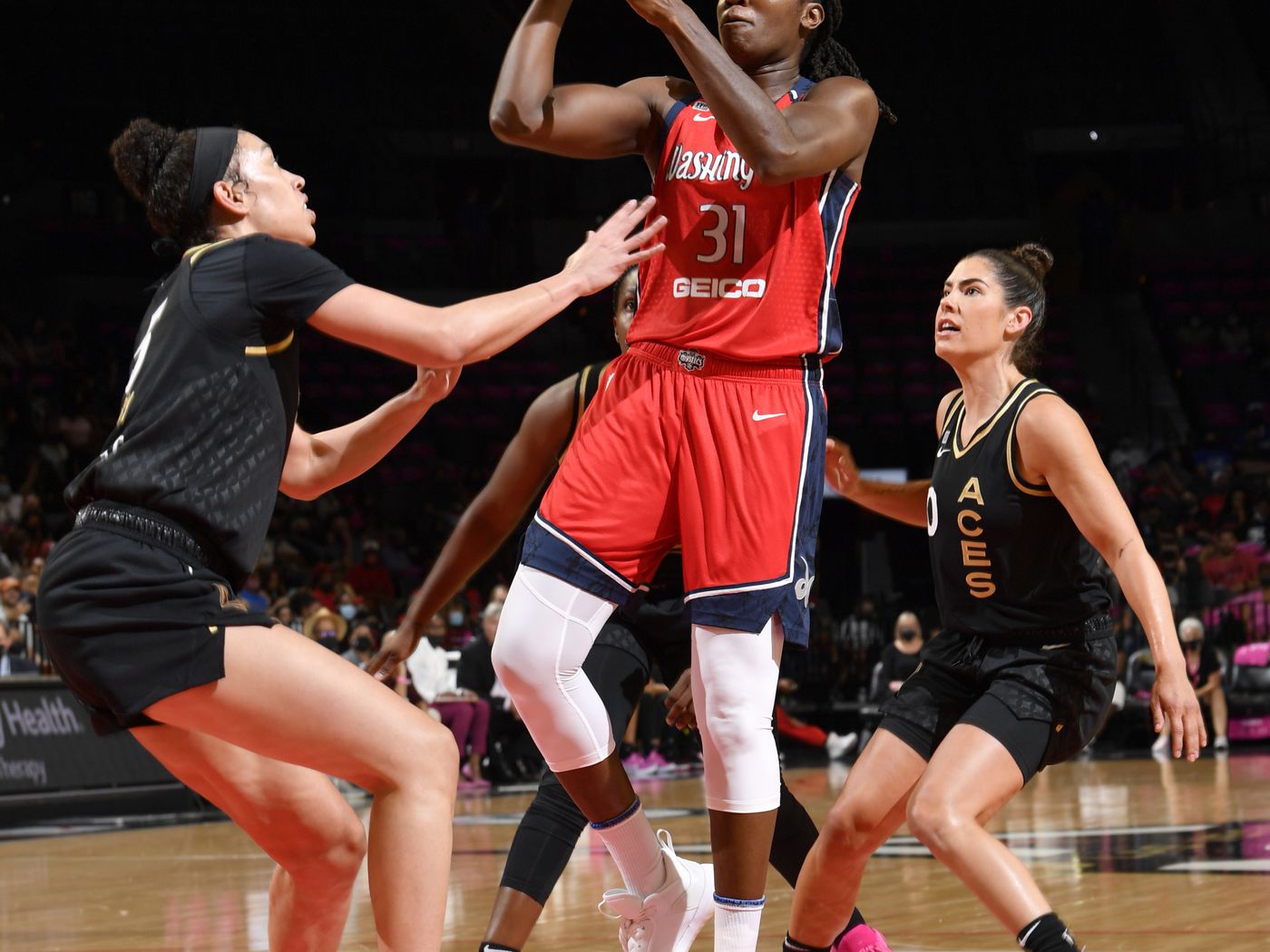 Although this game wasn’t as close as the one on Sunday, the Mystics were looking good until second-half play. They led at the half 49-41.

Myisha Hines-Allen, who went for 16 points in their previous matchup, twisted her ankle within the first minute and a half of Tuesday’s game.  Fans need not worry much as she would return later in the matchup.

The Mystics went back and forth with the Aces as the score was tied at 11 apiece after five minutes. Despite a 7–0 run near the end of the first that had Vegas threatening to pull away, Washington kept the deficit at two until the end of the quarter.

The Mystics took their first lead of the game at the 8:19 mark in the second quarter after Tina Charles knocked down an open three. The lead didn’t last long as the Aces regained control seconds later. Charles an MVP-favorite logged 17 points in the second quarter to push them back to lead to end the first half.

Charles notched her ninth 30-point game this season. The Mystics also had 22 points from Ariel Atkins. No other Mystics player reached double digits.

The Aces’ depth was too much and was on full display; four of the starting five players scored more than 10 points, and Kelsey Plum added a team-high 24 points off the bench. 2020 MVP A’ja Wilson had 19 points, while Liz Cambage contributed 15 points.

The Mystics continue their west-coast road trip on Thursday against the Phoenix Mercury(11-10). Tip-off begins at 10 p.m. ET.