Recently Alabama rapper Xay Capisce re-released his single titled, “Shottas,” taken from his project ON GOD 2 that debuted in 2019.

After taking some time off music to sort out some family issues, Xay Capisce is back in action for a collaboration with Lil Boosie that features a music video for the fans.

“I coined myself the #SlumGod” Xay Capisce said. “I didn’t focus on radio before but now that the people are focused on me, they need to see and hear me all over, so I’m looking to be on most of your local stations really soon! We have constant spin on satellite radio and it’s getting stronger.”

Bred in a small Southern town that loves Southern Trap and what he calls “hustle music,” Xay Capisce says trap is the most listened to music in his small town that’s roughly 90 minutes away from Atlanta and just over the state line.

“I came up listening to Boosie and so it was only right we do a record together. And Shottas being one of my favorite movies, I made the song and visual as relative to the movie as possible,” Xay said.

The track was produced by Beats The God and the music video was directed by Heatwave Global making sure this was a video the fans could appreciate for years to come. The Capisce LP will include production from GRAMMY Award-nominated Priority Beats, 808Mafia, Cicero, BeatZ Da God, and Arman to name a few.

“They did great camera work for this video, this record is big for me because it’s off my last project titled ON GOD 2 that did really well, so we had to re-release this track with Boosie as a single even though the new album is on the way – it is big for me.” Xay Capisce said. “The next few months is all consistency!! We have my next 2 records dropping which are titled DEAR MR.46 (WE THE PEOPLE) which is a very politically motivated and charged record that is addressing the injustices and oppressions we face on a daily basis and what I have been facing since a youth born and raised in the heart of South Alabama. We also have a club record that’s dropping at almost the same time titled RUN IT which is a heavy bass-laden and uptempo track that makes you feel like a boss and running shit in whatever you do! So we working! My team keeps me busy!”

After fighting for his life in the judicial system for almost a decade, Xay Capisce has got a lot to say.

“I’ve been home barely 3 years so I want them to tap into my story and relate, so they can get an idea of exactly who they listening to,” Xay Capisce explained.

With a radio promo run on the East Coast and then off to the Midwest and doubling back to the South before heading out west Xay Capisce is a busy artist with plans to reach out and meet the fans across the world including in NYC where he connected with Smit BDM and industry insider and dot connector who helped him earn Shade45 airplay.

“My mission is to let all the hustlers and kings know that it’s possible to get out the slums doing something that you truly believe in!!! And the slums believed in you enough to be king! So now I’m transferring that same energy to the game. Myself and Drumma boy have an album coming titled “ALAMEMPHIS” to symbolize the union between Alabama and Memphis and what’s coming out of that! 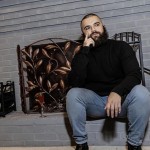 View all posts by John →

HAZY - FOR THE NIGHT