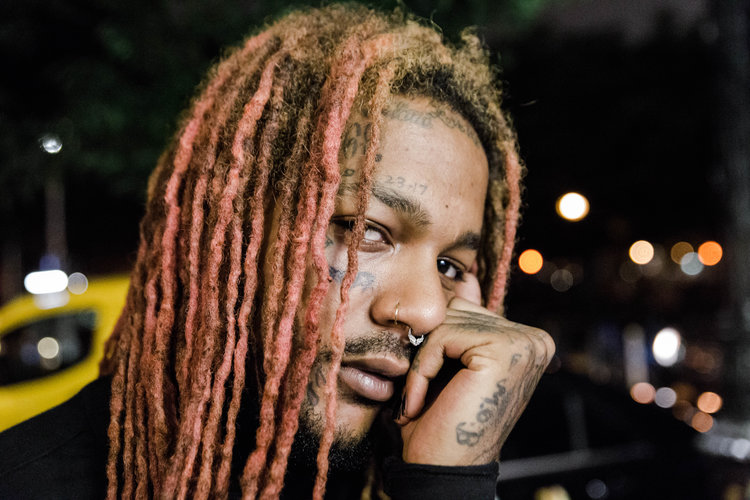 Mikey Polo is a rapper who is on the rise, hailing from the DMV area. Mikey has seen much success in his career such as landing a feature with Trippy Red and opening up for him on two tours. After relocating to Atlanta, Georgia his fanbase grew immensely
and what makes his sound so different is that he does not follow the trends and is in his own respective lane.

How do you usually start your day?

I start off by a wake and bake session, I check my emails, social media, create a few beats, and that is usually how I begin my days.

Say if, someone were to throw your day off. For example, say if you were in a studio session the previous night and the engineer does not mix and master your song in time for a release. How would you handle that?

I had similar incidents happen to me in the past, I learned how to mix, master, engineer, and produce my own songs. I even built a studio in my living room and record their pretty much everyday.

What part of the DMV did you grow up in?

I was raised by my mother, and we moved around a lot, from 51, Virginia, Fairmont heights, Upper Marlboro, pretty much all over.

At what age did you begin to take your artistry seriously?

I always was serious about being an artist, but when I turned 23 my following grew and I just new that I was gonna blow up. Also, the birth of my daughter and stepping into fatherhood really made me take it seriously too.

From interviews I’ve gathered that you’re inspired by Lil’ Wayne and Young Thug, what are some aspects of their artistry that we can see in your craft. What makes you different?

I can say both both Wayne and Thug are different, they take risks when it comes to being a creative artist and it shows in their music. They both follow their own wave and that’s what I do.

Could you give me up to five words or phrases you would want your supporters and fans to get from your music?

I want my music to tell my fans that I am a very honest, confident, and humble.

Well, I am cancer and I’m emotional sometimes, it had a ring to it, so it just stuck!

From a brand aspect would you make merch? And do you make it yourself or do you outsource it?

I have dropped merch in the past, but it sells out pretty quickly! I do outsource my designs; however, I am heavily involved in the creative process. I usually show the designers what my vision is, and they design it. I do plan on dropping merchandise soon.

How did the collaboration with Trippie Redd come about? – Super Powers ft. Trippie Redd (currently has 500k+ streams on Spotify)

Well, he reached out to me on Instagram and even listened to music and from there we started texting the developing a friendship. I lived with in LA for a little while. One day he hopped on my song and even invited me to tour with him twice.

What was it like being on tour with Trippy Redd?

It was amazing forreal! Hearing the crowd scream my name I was like whoa they listen to me?!

What is your take on collaborating with other artists (studio versus doing things virtually)?

I’m pretty open to working with a anyone honestly, the vibe in person is great better but if I don’t know them, they can just send their verse in.

Speaking of collaborations, I know you’ve collaborated with Big Flock, have you connected with other artists or have any collabs underway?

Yeah, working with Big Flock was pretty cool. I tapped in with Lil Dude and I have a unreleased song with Money Marr. Since my sound is different from many artists in the DMV, it’s challenging to see how our sounds would mesh but when time, song, and beat is right. The collab will definitely happen.

I watched an interview with you and DJ Small Eyes, and you talked about being a thrifter. You came up off a Christian Dior sweater, do you happen to still have it?

Haha, I actually don’t have it but at the time I didn’t know if it was real or how much it was worth. In a way I was head of the curve.

So far as an artist, what is one of your proudest moments in your career?

I think my proudest moment so far was producing my own song it landed on different playlist placements, andI received about 500k plays in a week.

I already signed two artists  they are currently working on new music and have been working hard. I also have a few producers as well. I would like to get signed one day, I have had a few meetings with labels like Colombia and Atlantic, but I’m keeping my options open and still shopping around.

Speaking of labels, what are your favorite labels and which of their artists do you like? Why?

Lil Uzi (Atlantic), Fivio Foreign (Colombia), and Playboy Carti (insterscope), I feel like Carti was their best kept secret because of the way he blew up.

If someone were to call you a soundcloud rapper, would you be mad?

Nah I wouldn’t be mad because most of my music blew up on SoundCloud. I’m honestly thankful for that platforms and the supporters I gained from it.

So what is next for Mikey Polo, what can we expect to hear from you?

I have a new project dropping November 16th called Red Thoughts +++ and an upcoming tour with a few special guests in cities such as  Orlando, Tampa, Miami, and Washington DC!

Stream Mikey Polo’s new project, Red Thoughts, available on all streaming platforms, also click here to purchase tour tickets and to keep up with Mikey on all social media platforms.