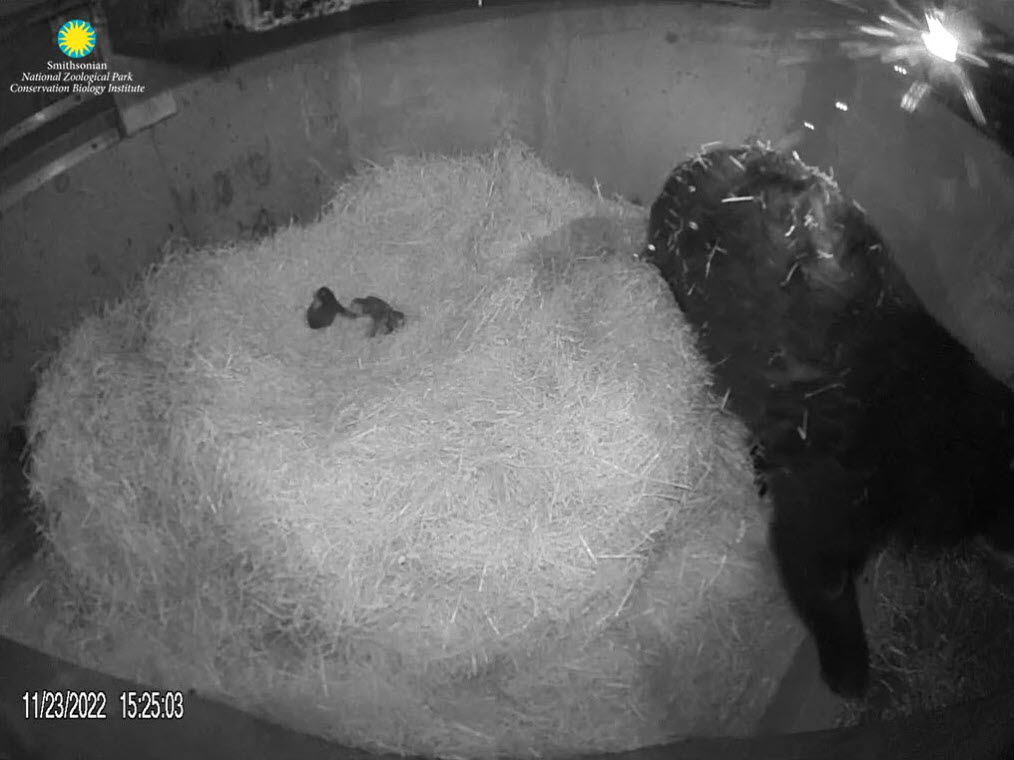 You can see the two newest bear cubs at the Smithsonian National Zoo in D.C. in the spring. But these bears with many different colors are not pandas. They are both Andean Bears, and they are related. Since 2008, no Andean bears have been born at the National Zoo, but on November 15, Brienne gave birth to two cubs. The first cub was born around 4 p.m., and the second about 4 hours later. Veterinarians and zookeepers won’t be able to tell for another two to three months what gender the cubs are. They will first show up in public when they are three months old, in early spring.

You can watch the cubs until then through a live camera in their den. In late March or early April, Brienne had a baby with Quito, who was nine years old and lived at the National Zoo. Sara Colandrea, keeper of animals at the National Zoo and Conservation Biology Institute, keeper of the North American Andean bear studbook, and coordinator of the Species Survival Plan (SSP), said in a statement:

Depending on whether they are male or female, the two cubs will grow up to be between 180 and 340 pounds. Like their parents, they will have cute brindle and speckled faces.

They will also eat small animals, berries, and grasses when they are full, but right now they just want to get milk and sleep a lot. The International Union for the Conservation of Nature’s Red List of Threatened Species says that Andean bears are in danger. Experts think that there are only about 2,000 of the species left in the wild. They are the only bear species in South America, and they usually live in the Andes Mountains, from western Venezuela to Bolivia.