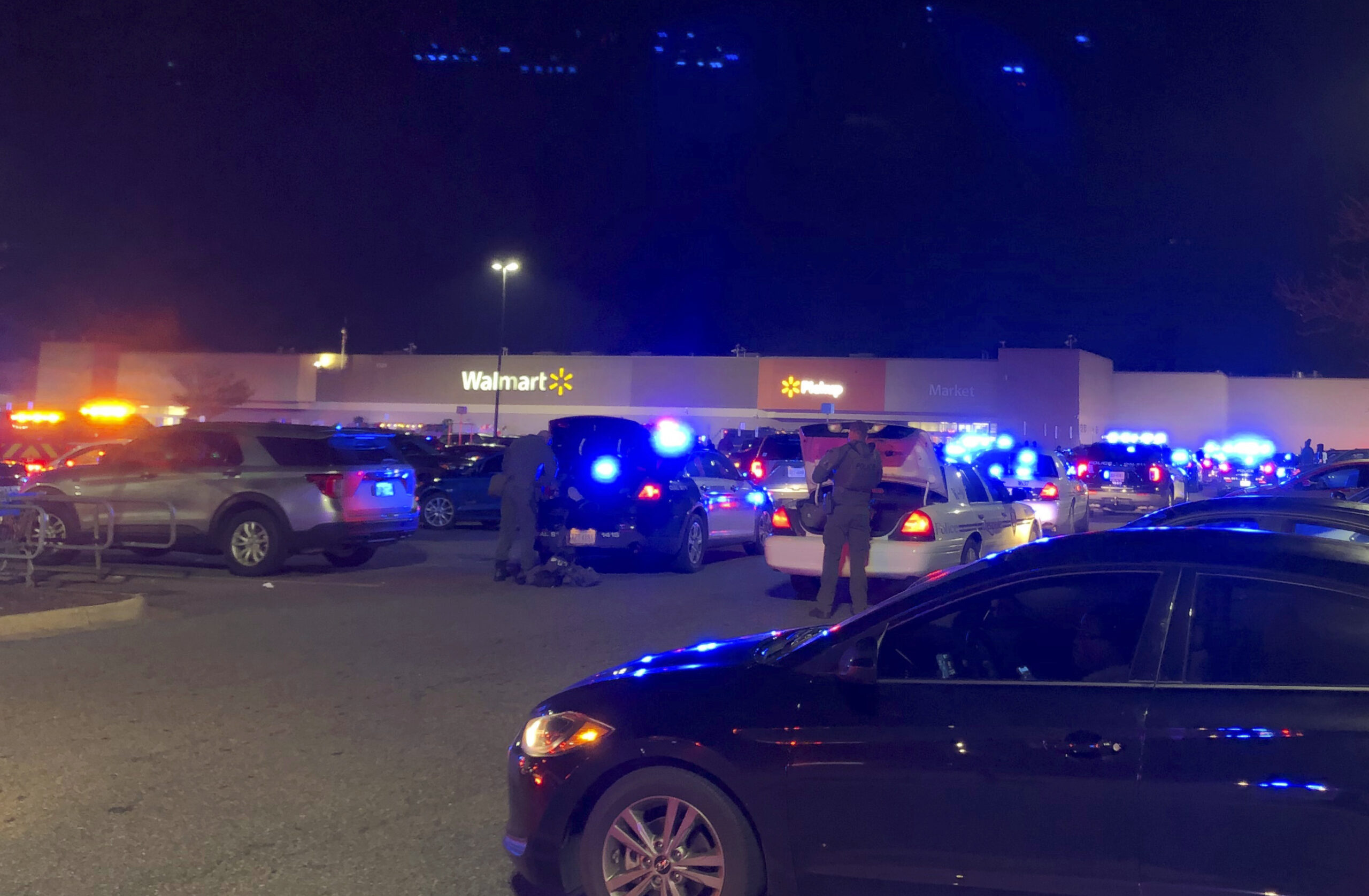 Law enforcement, including the FBI, work at the scene of a mass shooting at a Walmart, Wednesday, Nov. 22, 2022, in Chesapeake, Va. AP Photo: Alex Brandon

On Tuesday November 22nd around 10:15pm, a shooting at a Walmart in Chesapeake, Virginia on Tuesday night left at least seven people – including the gunman – dead and several others wounded. After arriving to the store, officers found several victims as they swept through the store over the course of about 40 minutes, Officer Leo Kosinski said in a briefing. Rescue teams were sent in to tend to wounded. He did not know how many people died but said it was “less than 10, right now.”

We’re only a few hours into the response, so we don’t have all the answers yet. Chesapeake Police continue their investigation into the active shooter event at Walmart on Sam’s Circle. We do know there are multiple fatalities plus injuries and the shooter is confirmed dead.