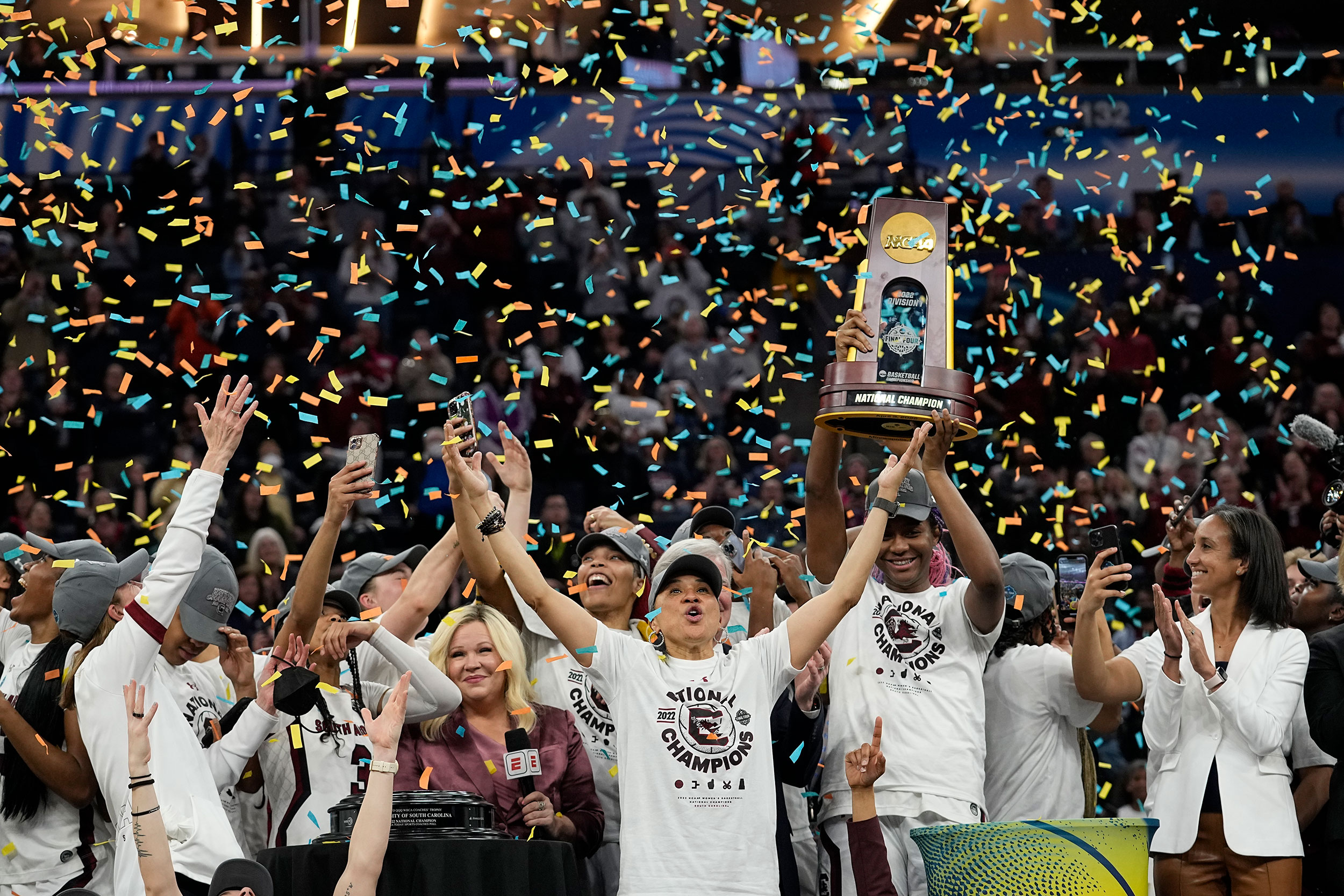 One year after suffering a heartbreaking Final Four defeat to eventual champion Stanford, No. 1 South Carolina found vengeance with a 64-49 triumph over No. 2 UConn on Sunday at Minneapolis’ Target Center.

South Carolina is also the 12th team to be ranked No. 1 in the AP poll from start to finish and win the national championship.

South Carolina’s 35 wins are the most in a single season in program history; seven were over national championship-winning coaches, and two were over UConn’s Geno Auriemma, as the Gamecocks had previously defeated the Huskies 73-57 in the Bahamas on Nov. 22.

South Carolina coach Dawn Staley is also 2-0 in NCAA national championship games after leading her team to victory over Mississippi State in 2017.

The Huskies, who have 11 titles to their name and are tied for the most in Division I basketball, are still looking for their first crown since winning four in a row from 2013 to 2016. Their five consecutive NCAA tournament appearances without a championship is the longest streak the program has had since winning its first title in 1995.