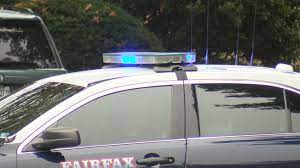 A man is dead after police say he was struck by a car while walking on Arlington Boulevard in the West Falls Church neighborhood of Fairfax County.

According to the Fairfax County Police Department, the accident occurred on Sunday night, December 4, at the intersection of Arlington Boulevard and Allen Street, just east of the Beltway interchange.

The victim was transported to a hospital, where he was subsequently pronounced dead. According to police, the driver who is suspected of hitting him remained at the site.

The eastbound lanes of Route 50 were restricted while the Crash Reconstruction Unit of the Fairfax Police Department arrived, but have since reopened.