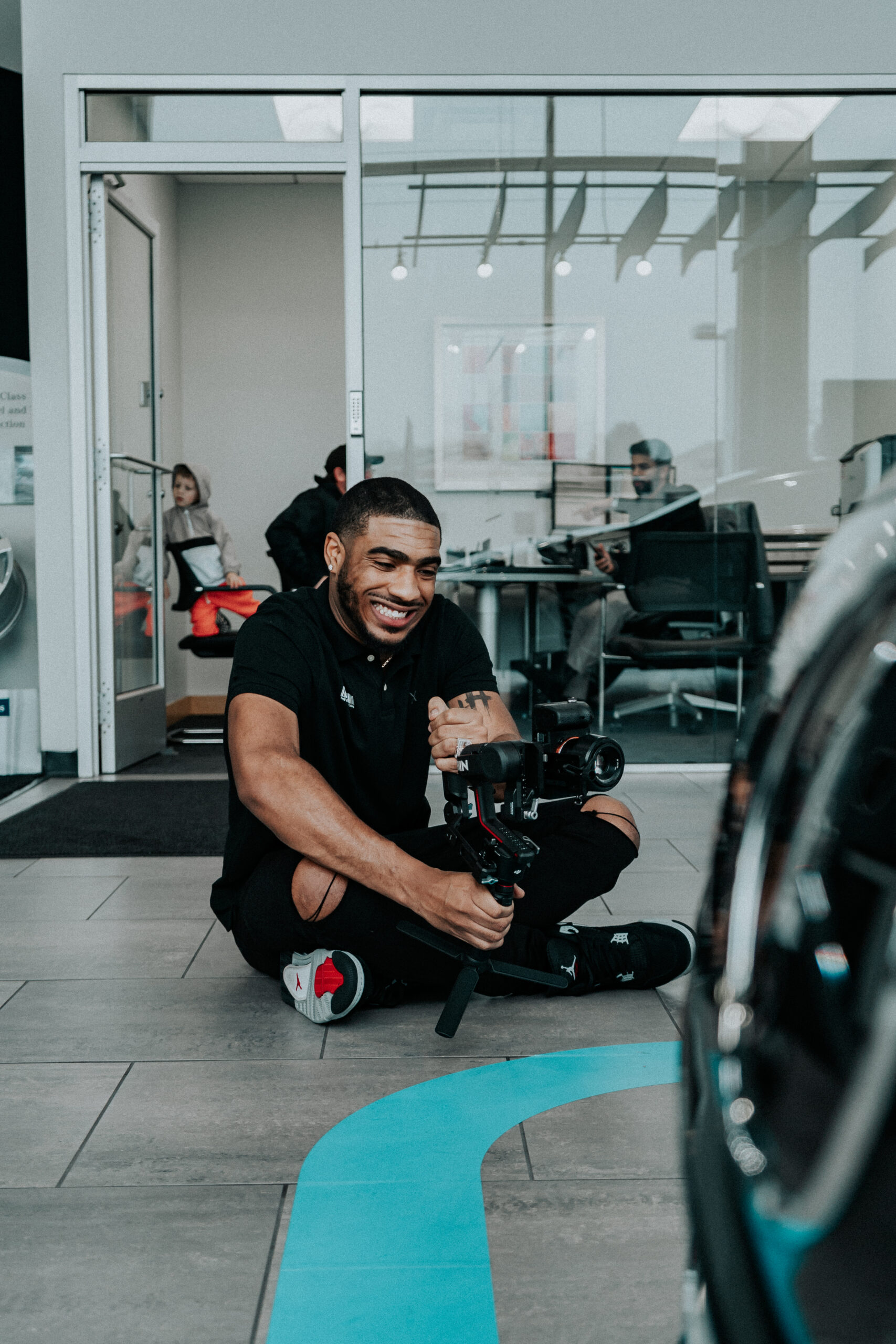 He’s just a typical young adult from East Baltimore who has a gift behind the camera lens. I know you may have seen his work across social media and billboards, but it does not compare to his work when he is locked in.  Tevin Towns lives by the motto “your net worth is your network“. The 23-year-old traveling photographer and entrepreneur has been making a household name from his career talents. “ THE EYE ” is what the world calls him.

Tevin’s love for photography grew in a matter of months and became his passion. He has been on the ride non-stop for the past 5 years perfecting his craft by working with major names & companies all across the country. Tevin is special because he dedicates every second of his day to helping improve his work. He has worked with some of Baltimore’s most prominent athletes: Lorenzo “TRUCK” Simpson & Gervonta “TANK” Davis. In fact, Tevin has been featured in up to 4 magazines in his short career 13 blogs 17 major deals, and plus a feature on New York’s Times Square billboard Tevin has made a name taking over the music industry working with up-and-coming artists ‘ Stay down Trevv’ & a plenty other big names.

Coming from Baltimore, it is not very easy to make a name due to the crab-in-the-barrel mentality. Yet, the people of Baltimore have grown to love Tevin. Tevin is not your average 23-year-old. He’s a boss, a leader, and an innovator of his time. He has a mission to change the narrative of Baltimore and Atlanta by helping people of all levels reach their full potential.

We spoke with Tevin about his thoughts and feelings about his partnership with Mercedes-Benz company and he first stated that we have to get these kids off the streets. “They took very very very great care of me financially wise and agreed on letting me keep rights to all the content I produce “ and allows him to walk away from this deal whenever he chooses, he said.  Tevin used the term we aren’t shinning shoes no more all thanks to the creator of all he added a couple 0’s to the partnership leaving his net worth a little bit over a quarter million dollars Tevin ask if he couldn’t disclose the earnings he just wants to live peacefully and take care of his family.