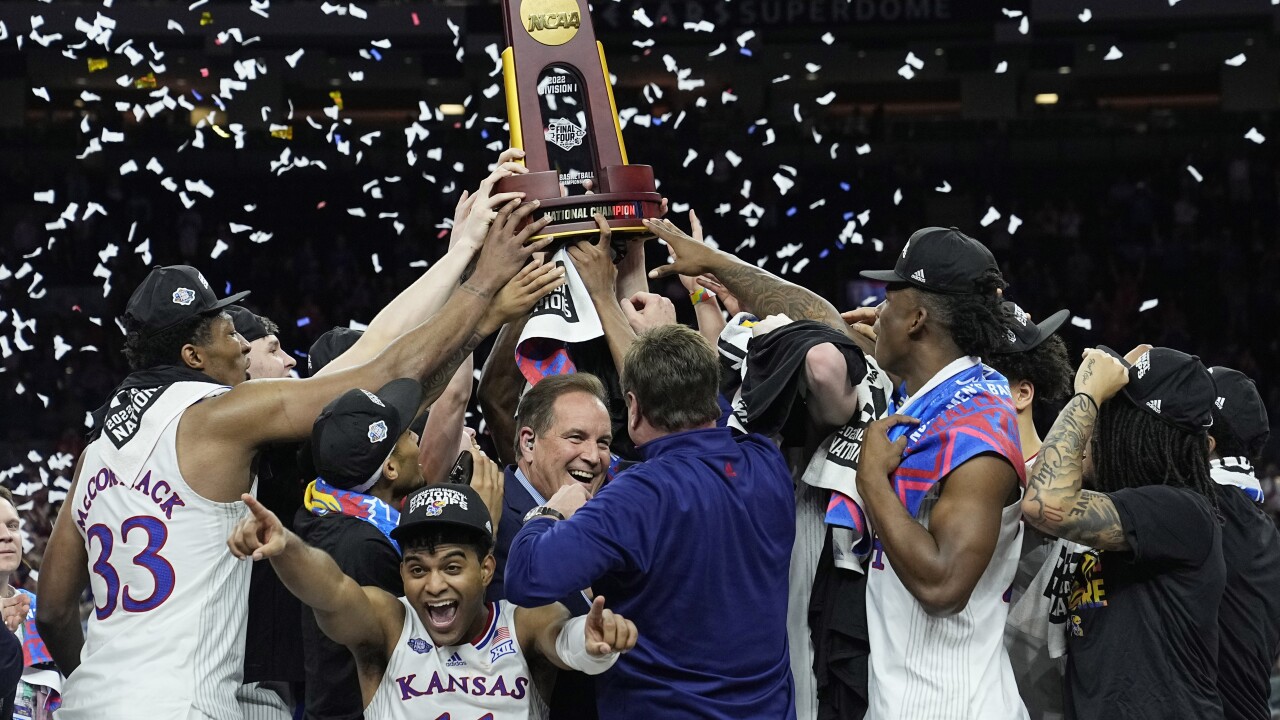 Kansas defeated North Carolina 72-69 in the NCAA men’s basketball championship game on Monday in New Orleans, the program’s fourth national victory and the second for longtime coach Bill Self.

Kansas trailed UNC by as many as 16 points in the first half and trailed by 15 at the break. The 16-point comeback is the largest in title game history, according to the NCAA. Furthermore, according to the NCAA, the previous record for the greatest halftime deficit overcome in a men’s championship game was 10, set by Kentucky against Utah in 1998.

North Carolina looked to be headed towards an easy win as Kansas could not find their groove.

After the break, the Jayhawks came out hot, finally erasing the Tar Heels’ lead with less than 11 minutes remaining. The game was knotted 65-65 with 3 minutes remaining after a back-and-forth fight.

Kansas then built a three-point lead late in the game but turned the ball over with less than five seconds remaining when Dajuan Harris Jr. stepped out of bounds, handing the ball back to UNC. However, Caleb Love’s final heave was off the mark.

Kansas was making its 10th appearance in the championship game, and the third under head coach Bill Self. This is his second title; the first was won in 2008.