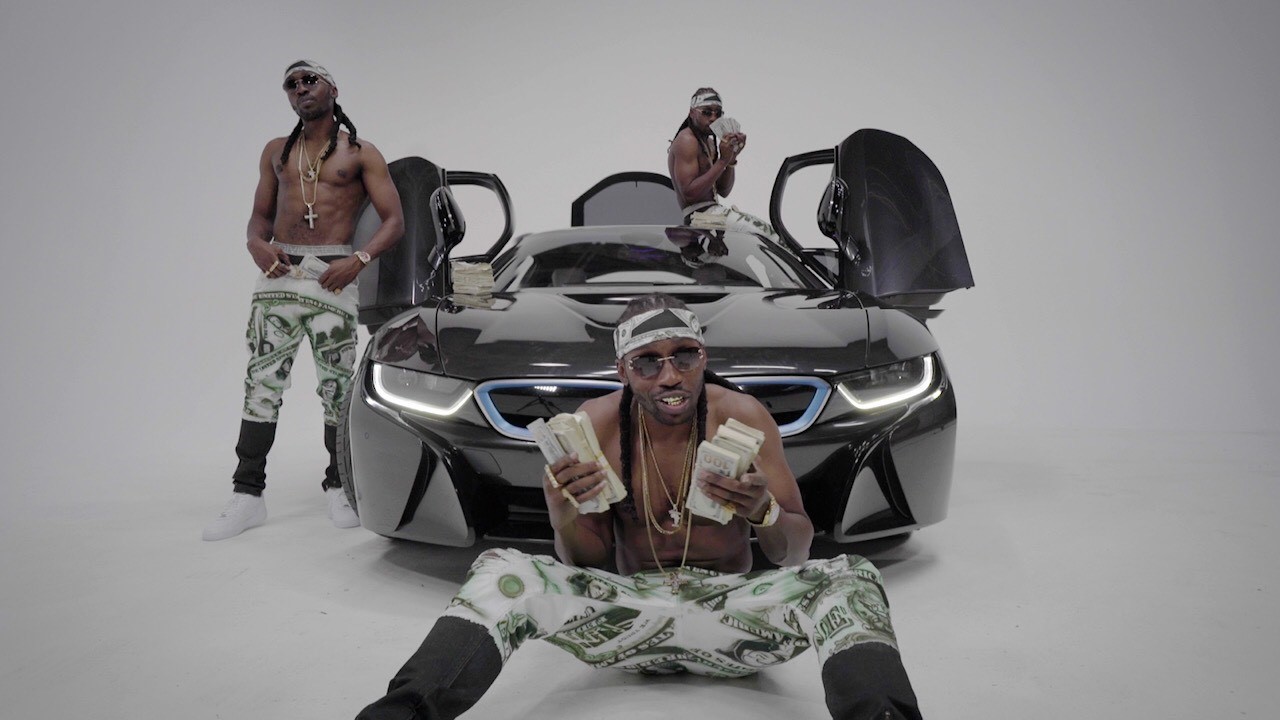 London-born Ode’ Tha Hustla (pronounced O-Day), spent the first few years of his life in Sierra Leone, West Africa, where he witnessed much tragedy. He eventually came to America as a refugee at age 8 with his family to avoid the civil war in Sierra Leone. Ode’s experiences molded him into the ‘Hustla’ that he is today, while his African background molds the melodies in his music.

Landing in New York City, Odé found a love for hip hop while attending school in the Bronx before finally settling in the DMV (Metro Washington DC area), Ode’ spent his teenage years doing freestyle battles and cyphers in his neighborhood. He became inspired when he watched Michael Jackson tapes as a kid and saw how every move that he made on stage received a reaction from the crowd. This sparked a curiosity in him that lead him to form his first rap group.

“I was in a rap group called “The Major Ballers” as a youngin. We came up with songs but we never recorded them. We ain’t have no money,” Ode laughs.

Not having money shifted his focus from music to hustling, which ended up taking him down the wrong path.

“I knew I wasn’t about to get a job and wake up early in the morning for minimum wage so I always found other ways to get money. Those ways usually ended with me getting locked up at some point and time. Being in a cell I always told myself that I had to be legit, but as soon as I got out of there the streets sucked me back in. This was an ongoing thing. I always had a passion for music but I never pursued it because I was doing good doing the wrong sh*t.“

Eventually, Ode’ became tired of living life in and out of prison bars so he decided to put all of his focus into writing his own. He released his first single, “Mo Money,” produced by MJ Nichols earlier in 2015 and it ended up received spins on Power 105, NY, and on internet radio.

“The song (Mo Money) is basically about wanting more for yourself. No matter how bad or good you’re doing.”

Watch his visuals for the single “Dollar Dollar Bill.”

We had the opportunity of asking Ode’ The Hustla a few questions about his latest release.

Who inspired you to make music?

I wanted to be a rapper since I was a kid watching “The Box” but I can’t say anyone specifically inspired me to make music. My passion to make music came on its own. I always had the talent, I just needed to take it seriously and start recording.

How would you describe the music that you typically create?

High energy & original. Every song I make has different vibes so you never know what you’re gonna get listening to O.D.E.

It starts with the beat. Once I get a fire beat, the flow and melody come first, then I write the actual words.

Drake, Young Thug, Future, Lil Baby. Those are some artists I feel are on my level sonically, we would create some heat.

What is one message you would give to your fans?

I’ve been working hard on my album “King Of Hooks” & the fans are in for a treat.

What would you be doing right now, if it wasn’t for your music career?

Same thing I been doing, getting money

Which famous musician(s) do you admire?

If you could change one thing about your life, what would you change?

Nothing, I love my life and everything I learned along the journey.

Perfect health. Can’t enjoy ya money if you sick

Do you have any before recording rituals?

Do you have any before performing rituals?

What is the best advice you’ve been given?

Mind the business that pays you

What’s next for you?

King Of Hooks album dropping in June, A whole lotta music and visuals