Alabama authorities reported the skeletal remains of a missing Virginia woman have been located over two years after her disappearance.

The Norfolk native was traveling south to visit family in Monroeville, Ala. on August 4, 2018. According to Evergreen police, Saunders was last seen after 1 AM at a nearby Shell gas station.

Saunder’s remains were discovered in December 2020.

Her death is currently being investigated. 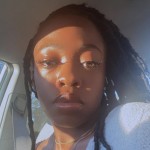