The Washington Football Team’s star edge-rusher Chase Young’s season is over after he suffered a knee injury in the team’s win over Tampa Bay on Sunday, according to coach Ron Rivera. Young wasn’t necessarily having one of the best season but his leadership and run stopping abilities will be missed on the Washington front four.

The reigning NFL Defensive Rookie of the Year crumpled to the ground Sunday with a non-contact injury in the second quarter of Washington’s 29-19 victory over Tom Brady and the Super Bowl champion Tampa Bay Buccaneers. Rivera confirmed the news Monday. Young did not return to action against the Bucs (6-3) — although he did return to the scene, emerging from the tunnel and making his way to the home sideline while using crutches and wearing sweats midway through the third quarter.

At halftime, Young spoke to his defensive teammates, telling them to keep playing as if the score were tied, even though the hosts led 16-6 at the break. The No. 2 overall pick in the 2020 draft was dominant at times last season, drawing plenty of extra attention from opposing offenses while still managing to accumulate 7 1/2 sacks. But Year 2 has been more of a slog for Young, who skipped some offseason team work while fulfilling endorsement obligations.

Rivera spoke during the week about having a conversation with Young to discuss areas where his play could improve.

“I said, ‘Look, you got to remember now, I know you want to make plays, but the thing you got to do is you’ve got to be patient, be disciplined and let the plays come to you.’ I went back and looked at all of his plays from last year. There’s a whole bunch of them. One thing that was really prevalent was you could see him sticking to the edge a little bit longer before he ducked inside,” Rivera said. “That’s one of the things I’d love to see him get back to.” 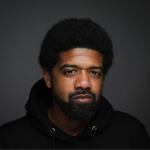