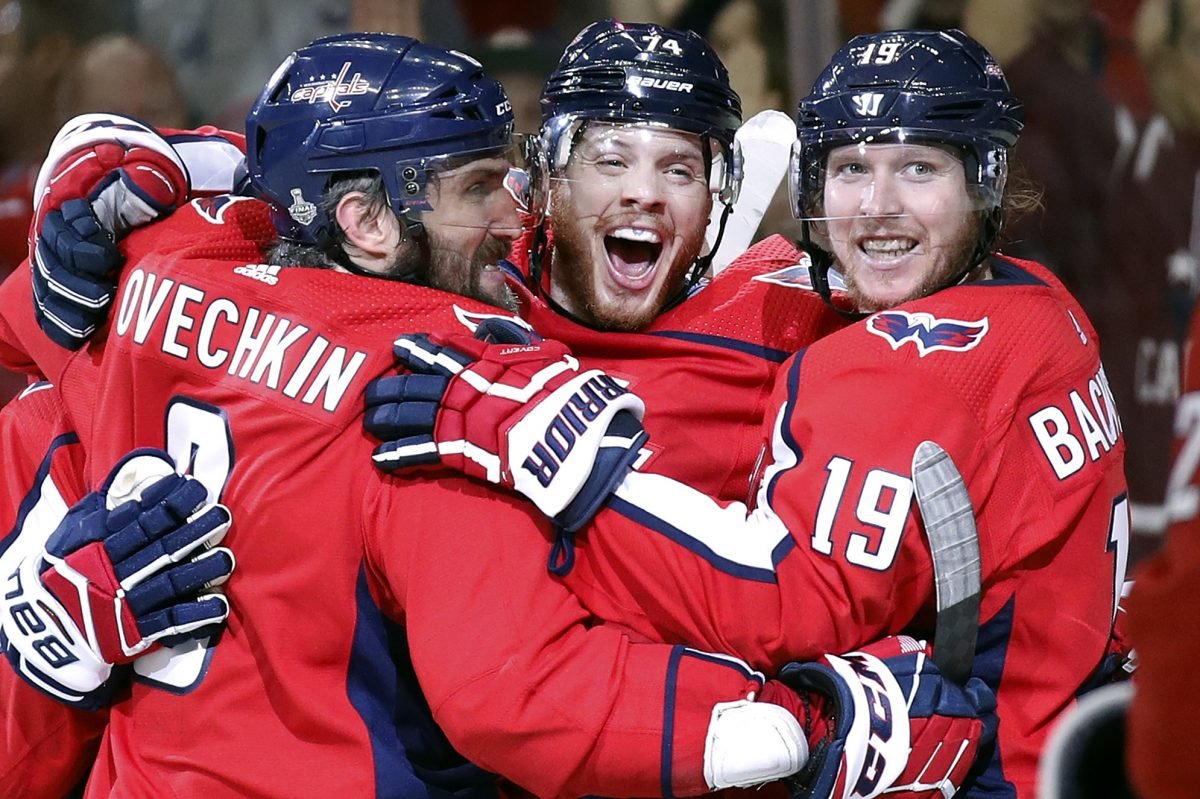 It has been since 1974 that the Washington Capitals has been Washington’s premier hockey franchise. Let’s be real, it has been a struggle. In their first eight seasons, the team didn’t even see the playoffs. When they did in the 1982-83 season, they got crushed three games to one. They finally won their first ever series during the following season by defeating Philadelphia. Those seasons started a nice little streak of playoff appearances until their first Stanley Cup in 1998. Despite the appearance, the Capitals did not even win a game in that series. They ended up missing the playoff the next season, 2001, and in 2003.

So that’s a short glimpse of Washington’s NHL success within the league at that time. This was during the time of Wayne Gretzky; basically the Jordan of Hockey. Other teams saw success and the Caps were not really a national power yet.

On the local level, the Caps were most definitely not the first thought that they are now. During that time: the Redskins made 4 Super Bowl appearances since the Capitals were established. John Thompson had his prime days at Georgetown. UMD Basketball and Football had good times as well. The Wizards were ok but not as they are now. The DMV became a hotbed for College coaches to come to recruit. Plus, DC was Chocolate City which meant that Basketball and Football reigned supreme. Hockey was not something discussed, participated in, and even attended by DC fans.

But some of that changed in 2005. Enter Ovi. The star from Russia was the Caps next star and he most definitely proved why in his first season. He led all rookies in Goals, Points, Power-play goals and shots during his first season. He led the league in shots on goal and was tied for third in most goals scored that season. The dude was so good, he signed a 13-year contract extension in 2008. He later went on to win his first MVP award during the 2007-08 season. This marked the first time that a major Washington pro sports athlete was awarded the MVP of their league since Joe Theismann in 1983.

Yes, the success was nice as the Caps added some firepower and slowly started to win. The Wizards and Redskins declined, and the Nationals were added to the DC sports scene. By the late 00’s, the Caps became the top team to look at in the DMV. But overall, their amazing regular season play but constant playoff failures created a very gloomy trend.

So overall, the Caps had the top record in their conference four times and the league three times. But they have not made it past the second round in the Ovi era except this year. Yeah, it’s been rough for the Caps. Very rough. To make things worse their arch-rival has won the Stanley Cup three times in four appearances and the Conference title on four occasions since Ovi has been in Washington. That rival is obviously Pittsburgh and that team has eliminated the Caps on three separate occasions.

All of those stats to say that this is why Washington’s Stanley Cup win is so important. The team finally got over the hump. It is simple. They had the blueprint for a while and some of the best players but the pieces never came together. On a bigger scale, it relieves some stress for the DMV sports fans. Our last Champion was the Redskins in the early 90’s and now, our latest Champion is here! We’ve seen numerous cities have title wins; even in multiple sports. This win can be a spark for the other DMV pro sports teams. Everyone came together and pushed the Caps these last few weeks. It shows that the DMV is most definitely a sports area, it just takes winning to get people’s attention.

Well, it now has and DC finally has a Champion. It took a while but the victory is so much sweeter. The Caps are the best team in the DMV, the best team in the NHL, better than their rival Pittsburgh for once, and probably one of the most consistent winners in DC sports history.