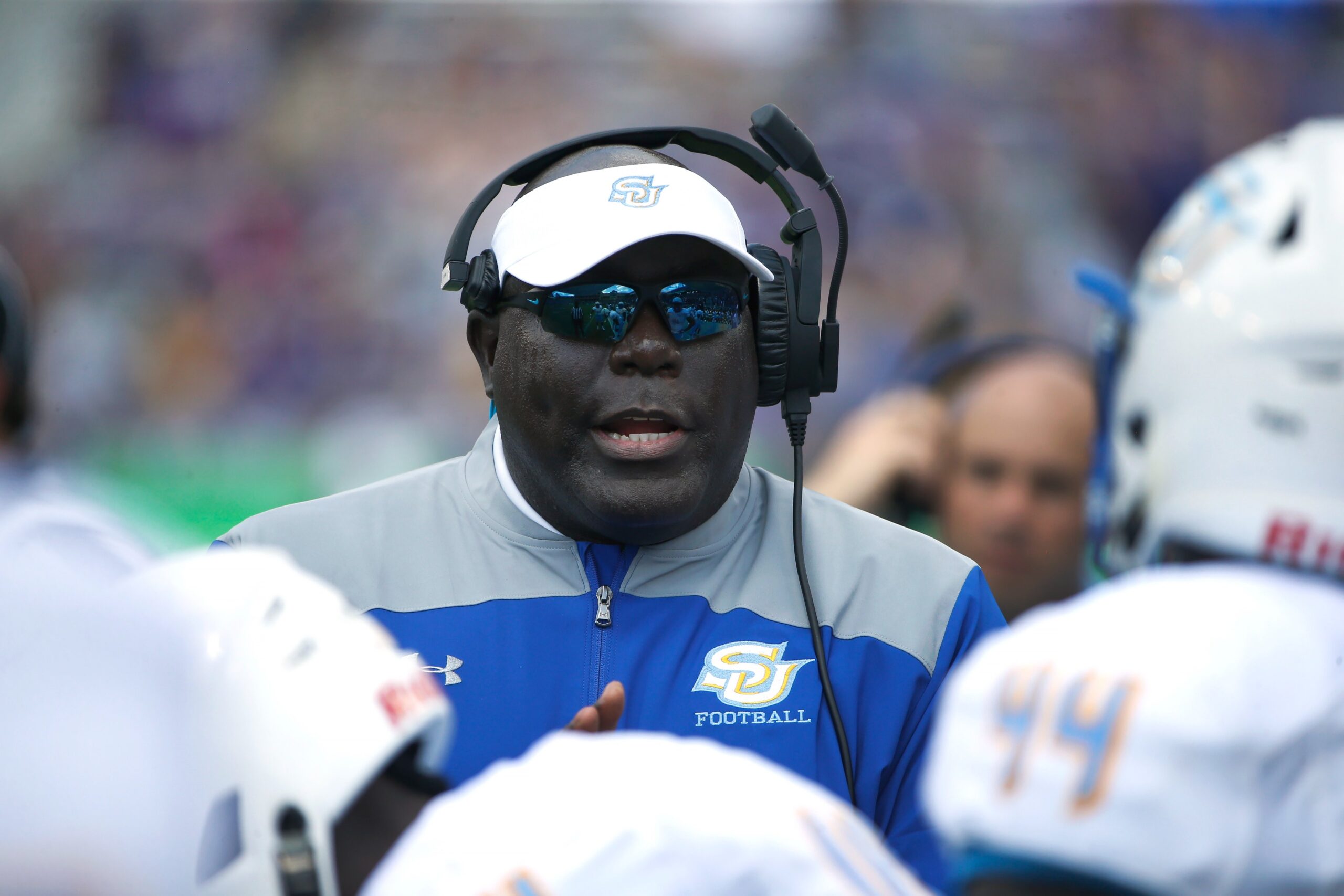 After nine seasons as the head coach of the Southern Jaguars football team, Dawson Odums will now head to the MEAC as the new head coach for the Norfolk State Spartans.

Dawson Odums attended North Carolina Central University where he also played football. There, he was a starter for three years and was selected to the All-CIAA team in his senior year. Odums’ coaching career began in 1999 at the high school level when he became an assistant coach for his alma mater Crest High School in North Carolina.

In his eight full seasons as head coach of Southern, he compiled a record of 63-35 (53-17 in conference) leading the Jaguars to four SWAC championship games winning it in 2013.

This past season, Odums led the Jaguars to a 5-1 record (beat Alcorn State by forfeit) with three wins coming by 20 points or more including a 49-7 win over Grambling State in the Bayou Classic their last game of the season.