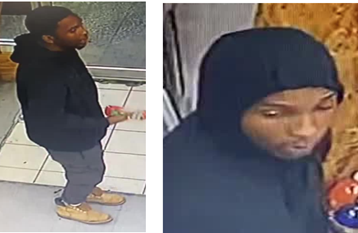 Detectives from the Metropolitan Police Department’s Youth and Family Services Division, Physical and Sexual Abuse Branch, want the public’s help to find and identify a suspect in a case of misdemeanor sexual abuse of a child that happened on November 30, 2022, in the 4500 block of Southeast Benning Road.

At about 7:30 a.m., at the listed location, the suspect did something sexually suggestive in front of the minor victims. The man then ran away from the scene.

The suspect is described as a black man who was wearing a dark jacket, dark pants, and tan boots. The suspect was caught on camera, and you can see him in the picture below:

If you know anything about what happened, don’t do anything else. Instead, call the police at (202) 727-9099 or text your tip to 50411. Crime Solvers of Washington, DC is currently offering a reward of up to $1,000 to anyone who can help catch and charge the person or people who committed a crime in the District of Columbia.