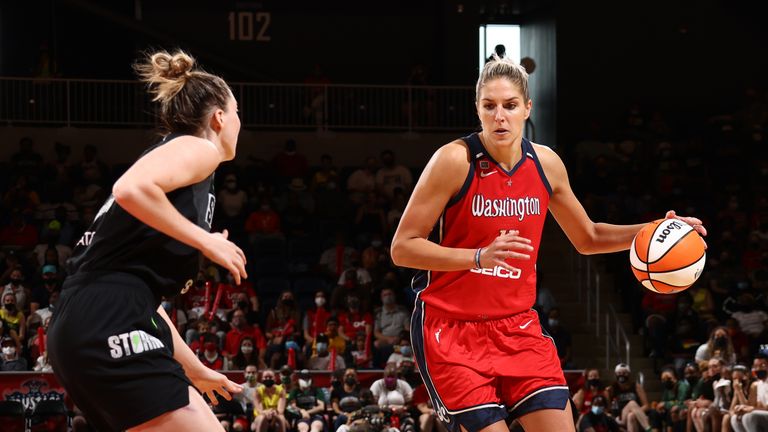 The return of Elena Delle Donne was spoiled as the Washington Mystics lost their fourth consecutive game against the Seattle Storm.

The reigning champions won 85-78. Seattle had 25 points off the bench compared to Washington’s 12 points. In her first game in two-years Delle Donne struggled in the first half only scoring two points. In the second half she looked like her 2019 MVP self scoring 14 points and shaking off the rust. She finished the game with 16 points, and three rebounds.

Myisha Hines-Allen had a career-high in rebounds with 17 and scored nine points. Tina Charles had 20 points and was one rebound short of a double-double. Point guard Natasha Cloud was getting it done as she had 11 points and nine assists. Ariel Atkins contributed 10 points of her own.

Washington is now 8-14 and now sits in 10th place in the Eastern Conference. The Mystics will defend their home court again on Tuesday when they take on the Los Angeles Sparks.

Game time is scheduled to begin at 7 p.m. ET

No W for the books but won the day in so many ways#TogetherDC pic.twitter.com/iIqKtIVBo5