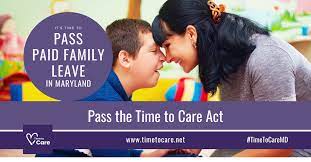 The Maryland House of Delegates approved a bill on Wednesday that would create a statewide paid family and medical leave program, bringing the bill one step closer to passing out of the Maryland General Assembly.

Because a different version of the law was already passed by the state Senate, the bill must now be sent back to the Senate for further review.

If passed, Maryland will join Washington, D.C., and nine other states that provide paid family leave.

Individuals would be granted up to 12 weeks of paid vacation under the Time to Care Act for “defined personal and family circumstances.”

Dealing with a significant health condition, caring for a sick family member, and caring for “a newborn child or a youngster freshly put for adoption” are examples of such circumstances.

Marylanders would start receiving benefits around 2025. An employee would need to work at least 680 hours in a 12-month period to be covered.

According to the Act, “the weekly benefit, which is based on an individual’s average weekly earnings, ranges from $50 to a $1,000 ceiling that is linked to inflation.”