Congressional Black Caucus hosts a special screening of 'Why Is We American ?'

Nicole Bryant, Community Leader Has The Answer To Urban Tragedies in Baltimore

7-year-old boy from Maryland is on the rise with smashing records with books and music videos!

Community Story of the Week

Curaleaf partners up with onePULSE for PRIDE Month to "OutLove Hate" 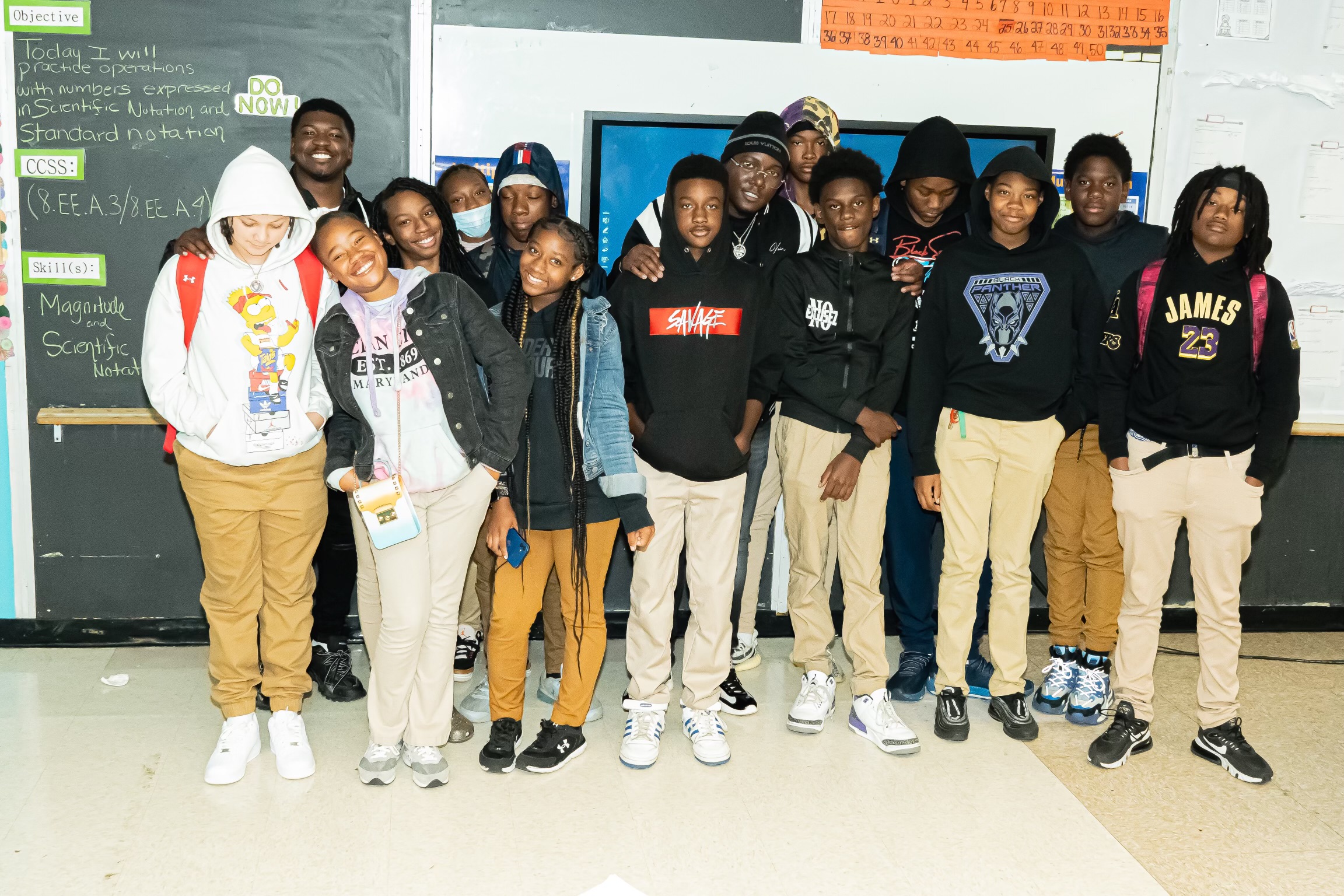 ​​Beechfield Elementary/Middle School in Baltimore, MD. has been having various student productions. There is a wide range of students that excel at a high level compared to a number of students that are struggling with behavior, academics, and lack of motivation.  Growing up in Baltimore can be difficult for students to completely focus on academics since there are a lot of things that go on that lead to trauma within the households and in the neighborhood. This has caused many students to drop out, get incarcerated, or go through many mental health battles. It is vital that students have community influencers that they look up to that can inspire them to chase their dreams. Therefore a few key staff members reached out to influencers throughout the city to express their stories in order to improve student development.

24-year-old Kiari Cromwell Jr. is an entrepreneur who was a highly favored influencer to come in due to his impactful story. At one point attended Beechfield so he had a good understanding of the environment and the activities that students partake in. Kiari is also the owner of the VAIN clothing brand, one of the city’s most popular fashion brands within the last two years. He started his business on June 12th, 2020, and has had an epic success yet his story did not start off so successful.

Kiari was one to fall subject to peer pressure, without being bullied. He chose to indulge in average Baltimore community activities which led him to serve 2 years in prison for gun and drug charges. During his time incarcerated, he studied a lot of valuable literature. He learned the importance of setting goals and finding a product that can help people worldwide. He stumbled across an interesting word while reading the dictionary. A word that spoke to him directly. “VAIN” means having or showing an excessively high opinion of one’s appearance, abilities, or worth. This is exactly Kiari, for those who know he always had the best shoes and jeans. Even during his low points, he found a way to be known for having style, so creating a fashion brand that expressed his life was a no-brainer. Once he came home, he started his brand within the first year and the rest was history. Within the first 6 months, he grossed 5 figures. It was inevitable that supporters across the city loved VAIN and Kiari has the motivation to improve the brand as time went on.

VAIN’s CEO has a major voice in the community. From entrepreneurs to adults down to the youth; everyone knows about the brand. So when students saw him walk in. They immediately focused on and respected him. It was a sense of satisfaction for the students because for once they are seeing someone that they see on social media living out their dreams. Kiari told the students about his story and the importance of education. Students got to ask many questions and took away a lot of gems from the mogul. He then ordered the last class food for their energy and attentiveness during his talk.  It’s safe to say he is one of the local heroes that the city will depend on in the future. Students went on to continue their school day and we learned that the remainder of their school day was great. They were focused and fueled to complete all of their assignments.

“My experience talking to the 8th graders at Beechfield Elementary/Middle School was great. It was my first time speaking to kids at all and I felt like I got through to them and they even responded well. Knowing kids, after talking I sat back and observed them go back to their regular selves but most of them were still engaging with me and asking more questions about what sacrifices I had to make to achieve my goals, did I have any doubts, did I have a plan b, etc. so it shows that they’re willing to learn and step outside of their comfort zone but they feel they have lead way to act the way they do because of the lack of consequences in the school system. Overall I engaged with a lot of kids that actually car about their future and it makes me feel good to see that because I was literally in their shoes 10 years ago and to see life come full circle is a blessing for me after all I went through. I was literally being spoken to in these same classrooms now I’m doing the speaking and actually getting through to them because they feel me and I feel them so I look forward to doing more of this”

“I started photography because it’s always been a passion of mine to capture memorable moments/ memories because sometimes we as people tend to not realize the importance of specific and special events that have happened in our lives. So with that being said I always wanted to be the one behind the camera that capture those special moments and bring an unexpected fulfillment of enjoyment”