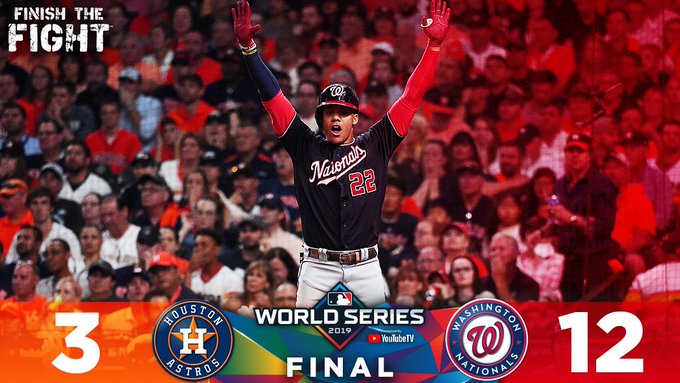 Both teams would remain scoreless through the next five innings until the seventh inning where the Nationals would take control of the game.

In the seventh and eighth innings, the Nationals scored nine runs including two home runs by catcher Kurt Suzuki and right fielder Adam Eaton respectively to make the score 11-2 going into the ninth inning.

Following a home run in the ninth inning by Nationals center fielder Michael Taylor, the Astros would only be able to put one run on the board leading to a second straight loss.